Zarco was the only rider to race with a soft rear and from 19th on the grid he fought his way up into the points in the first 10 laps, running 14th.

But the Frenchman drastically lost pace in the end, losing nearly two seconds to Tech 3 KTM’s Miguel Oliveira per lap on average, and finished dead last, 41.8s behind the winner.

However, Zarco insisted that it was “important” for him to be able to fight with other riders, and understand where he is lacking compared them.

“For the race I wanted to use the soft tyre and cross fingers to have a little bit more constancy but I got a big problem at the end of the race,” he said.

“My trust was to be able to fight at the beginning and understand what the opponents can do better than me or not.

“I got a few [pieces of] information, even if I suffer a lot at the end of the race and I had to finish the race very slow.

“I wanted to have this pleasure at the beginning of the race, feel that I can fight with the others, that was important.”

Zarco has been trying to change his riding style to suit more the KTM, but said that he has the same limits as before.

“Another complicated weekend, we are suffering a lot, we know it. I must wait to have new things on the bike because this is really not going in my style.

“I know it so I try to change my style but even changing the style I have almost the same limit than before.

“From this, we learn and the first time I finish last so there is a first time for everything.”

He also tried to emulate his teammate Pol Espargaro after the Spaniard finished sixth at Le Mans, but Zarco “didn’t get much out of it”.

He said: “After the analysis of Le Mans, we were a little stuck in terms of adjustments, so we come back to some areas a little like Pol, to have a work area that goes more in the direction of KTM, and I adapted.

“Once again, information, but we don’t get much out of it, so there’s really something wrong.” 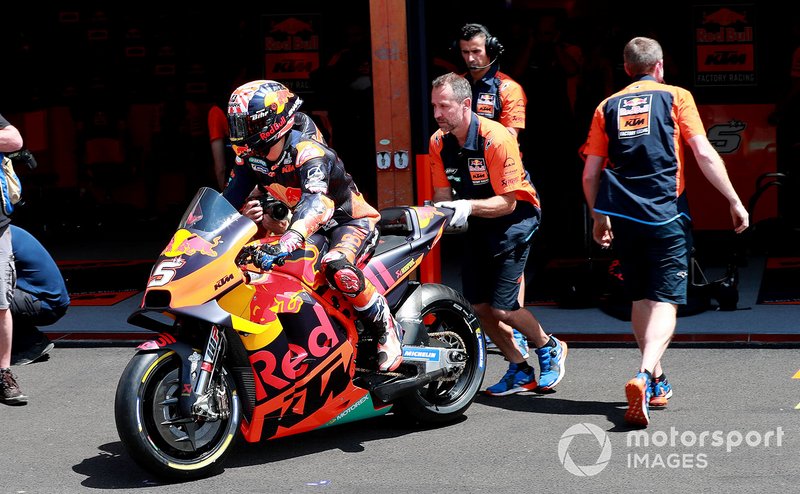 Promoted: The new PETRONAS oil that boosted Quartararo in Assen